DOT drug testing refers to a type of drug testing, which is regulated by DOT or the Department of Transportation. This drug test has been implemented for ensuring the safety of workers and the public during traveling.

This program is effective in preventing injuries and saving lives. Besides this, it is helpful to the employers in identifying workers, having any kind of substance abuse issue. It is beneficial in avoiding the illegal use of drugs. Besides this, it plays an integral role in reducing the liability of the employer.

If a person is employed in companies with DOT regulations, they are subjected to DOT testing. These people are safety-sensitive employees who are working in a sector that can affect public safety or their safety. There are a plethora of departments where the employees need to take this test mandatory. People who are working as flight attendants, flight crews, ground security coordinators, aircraft dispatchers need to undergo this test.

Besides this, holders of CDL or commercial driver’s license who operates the CMVs or commercial motor vehicles, which carry more than sixteen passengers, have to take the DOT test. Also, drivers of vehicles who are responsible for the transportation of hazardous materials need to go for the DOT test.

Also, people who work with Federal Transit Administration such as mechanics, controllers, operators of the vehicle and armed security should opt for such kind of testing.

Again, train and engine workers, employees of Service Act Personal, train dispatchers and signal service workers are subjected to these tests. Besides this, maintenance, operations, and emergency response workers are responsible for such kind of tests.

The employers will be capable of the remaining complaint and ensuring that no danger is caused to the public or anyone out on roads as they conduct the DOT testing randomly and frequently. They will gain success in hiring better and efficient drivers through such kind of testing.

As such tests are done on a person before offering them a position in the transport sector, the employer can know if they are clean or not. Thus, the company can hire better drivers for their vehicles. This plays a vital role in reducing the risks of accidents on roads.

If you introduce the process of random DOT drug test in your company, the drivers are not going to take drugs as they will know that they might be called for the tests anytime. Thus, it will be useful to the employer in creating a drug-free workplace. Besides this, it is also useful in maintaining the integrity of the driver.

Protects the reputation of your organization

You certainly do not want to have drivers in your company who take drugs. Hiring drivers who are taking drugs might increase the risks of accidents. It might lead to severe damage, injuries, and even deaths.

DOT testing can help in getting rid of bad employees

In spite of so many safety laws, there are still people who do not care at all. They do not think about the legal implications of getting caught or any rules. As an employer, you do not want such kind of workers in your organization.

With DOT drug tests, you will be capable of finding any removing such kind of employees once they are tested positive for any kind of drug, after the test.

What happens if a person fails the DOT drug tests?

If a subject fails the DOT drug tests, the person needs to be refrained from performing any sort of DOT safety-sensitive works. The person might lose their license or certification. It depends on the employment agreement or the policy of the company. The company must be updated about the latest DOT rules and regulations and ensuring that the business is maintaining any sort of compliance.

As an employer, you need to introduce creative and simple solutions in your business for accomplishing compliance needs and making sure that the roads and highways remain safe for everyone, who is walking and driving on them. The DOT drug tests are worth mentioning in this regard as it helps in managing the company and maintaining the DOT compliance and regulations efficiently. 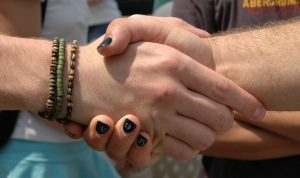